Natural Remedies to Improve the Quality of Sleep

You are here: Home / Health & Wellness / Natural Remedies to Improve the Quality of Sleep 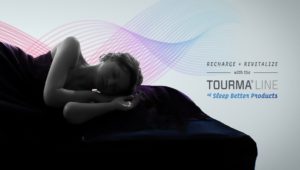 Natural remedies to sleep better are commonly sought after by a large majority of the population. Lack of sleep can cause; crankiness, lowered immunity, slower reaction times, impaired focus and slower brain processing.

The average person sleeps away about one third of their life. Everyone needs sleep, but the attitude that different people have towards sleep can vary tremendously. Some people view sleep as a waste of time, while others relish every moment of it.

With the fast paced world that we live in today, chronic sleep deprivation is at an epidemic level. Between work, social activities, physical activities, hobbies, reading and screen time, many are torn between sleeping and missing out on whatever they think that they will be missing out on while they are asleep.

We need an adequate amount of sleep to repair and rejuvenate our body as well as our brain and many people just aren’t getting enough.

How Much Sleep Do We Need?

Babies, children and teens who are growing and developing need more sleep than adults do. If you are sick or overdoing physical activities, you need more sleep. In general, the eight hour a night guideline may be too little for some and more than enough for others.

The amount of sleep that someone needs is very individual thing. This can vary from person to person, from season to season, by activity level and the level of health.

When most people only sleep six hours a night, they are in a sleep deficit. There is a lot of debate about if you can make up for a sleep deficit and how much of a deficit can you make up. It is also generally accepted that you can’t store up extra sleep.

In my opinion, the best test to determine if you had enough sleep is that if you wake up without an alarm clock, refreshed and ready to take on the world, you have had enough sleep. If you drag yourself out of bed after hitting the snooze button a few times and are not fully wake up until you had a cup of coffee, you are sleep deprived.

What is a Sleep Cycle?

A sleep cycle lasts anywhere on the average between 80 – 120 minutes and averages 90 minutes. Most people get about 5 sleep cycles per night during a full night’s worth of sleep. A sleep cycle consists of; stage 1, stage 2, stage 3, stage 4, stage 2 and then REM (rapid eye movement). REM sleep is when you also dream, which is followed by stage 1 again and the next sleep cycle.

At the beginning of the night, stages 3 and 4 are longer and near the end of the night’s sleep, REM sleep is longer. Sleep cycles can vary in length during different times of your life. REM sleep moves information from short term to long term memory.

The body heals and the brain detoxifies during the deepest stages of sleep, which are stage 3 and 4. This is also the stage of sleep when human growth hormone (HGH) is emitted. The old belief that you grow in your sleep has a lot of truth in it.

Deep sleep averages 24% of the total sleep for a younger person. After age 50, deep sleep is reduced by 75% in men and 25% in women. This is why men might on the average don’t live as long as women do.

Using computers and watching TV within an hour or two of bedtime can disrupt sleep. Research has found that exposure to blue light from computer screens and televisions, can suppress the production of melatonin more than any other color of light. The shorter wavelengths that are contained in blue light can suppress melatonin production.

Research from the National Institutes of Health indicates that sleeping in a cool room could have some health benefits including better sleep. Around 60 – 66 degrees may be the best temperature range, but for some people that may be too cool.

Go to Bed The Same Time Every Night

Circadian rhythms time the release of different hormones and physiological cycles by different cues. One of the best ways to get your body in synch is to go to bed at the same time and get up at the same time every day. This is easier said than done.

Try to not eat within three hours of bedtime. This will help you sleep better and also help to prevent esophageal reflux.

According to Dr. Michael Brues, most people who take melatonin are taking too high of a dose. Melatonin is a hormone, not an herb or a vitamin. Melatonin levels can be tested with a blood test, urine test or saliva test. If you are concerned that you may actually be melatonin deficient, ask your doctor about testing.

Melatonin that is produced by the pineal gland sends a signal to regulate the sleep-wake cycle in the sleep center of the brain. It is a sleep and body clock regulator and not a sleep initiator. Melatonin works with your biological clock by telling your brain when it is time to sleep. Melatonin does not increase your sleep drive or need for sleep.

According to research conducted at MIT, the correct dosage of melatonin for it to be effective is 0.3-1.0 mg taken about 90 minutes before bedtime. Many commercially available forms of melatonin are in 3 to 10 times the amount your body would need. Melatonin can be contraindicated with beta blockers and certain cardiac medications.

L-tryptophan is an amino acid that’s found in turkey, chicken, meat, cheese, yogurt, eggs and fish. Your body can convert tryptophan into niacin. Niacin plays a key role in creating serotonin, a neurotransmitter that is related to sleep and melatonin production.

Consuming tryptophan doesn’t immediately impact serotonin levels. Consuming carbohydrates can cause your body to release insulin, which removes from your bloodstream all the other amino acids, except for tryptophan. Tryptophan can then enter the brain easily, increasing serotonin levels. Some doctors think that a light carbohydrate snack before bedtime can aid sleep, while others believe that it will hinder sleep.

We produce tourmaline infused blankets that many users have reported to help them to improve the quality of their sleep.

Tourmaline is a semi-precious mineral that has been used around the world for thousands of years for its health benefits. Each crystal has a north and a south pole and generates a tiny energy field. Humans generally can’t perceive this energy, but animals seem to be able to.

FIR Industries has developed a brand new and patent-pending technology to deliver three therapeutic energies from tiny nanometer-sized tourmaline particles that are infused into fabrics, textiles or fibers.

Tourmaline particles have been found to increase serotonin production, as well as alpha brain waves.

The Three Energies of Tourmaline

Energy # 1 – Thermal-Photonic Conversion: This is the energy conversion of body heat into far infrared energy. Far infrared energy is very therapeutic and can accelerate the healing process.

Energy #3 – A Pyroelectric Effect: A mild therapeutic flow of electrons are also produced by the tourmaline particles, as well as an energy field. Everything from a bar magnet to the earth that has a north and south pole produces an energy field. This energy may be the most powerful and beneficial of the three energies. Tourmaline generated energy fields are related to the Schumann Resonance, which is the energy between the earth and the ionosphere. That resonance is 7.83Hz and is referred to as the earth’s “heartbeat” or “pulse”.

In the morning, hydrate, get out into the sun and get some activity to help synch your circadian rhythms.

If you are sleep deprived, consider what you read here. Following just some of these guidelines may do wonders for your health as well as for your potential lifespan.

Previous Post: « Tourma®Mat Review by My Brown Newfies
Next Post: Flu Season Is Peaking, So Build Up Your Immunity